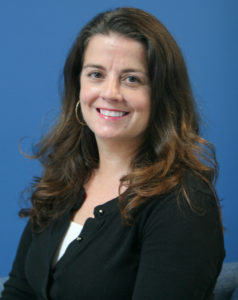 In the Spring of 2019, the Thurston EDC hired a new Events Manager, Holly House. We asked Holly a few questions so we can get to know her better!

Thurston EDC: Tell us where you come from and about your career before joining us.
Holly: I have a varied background! I’ve worked in development for a hospital foundation; I’ve put on events for wineries including DeLille Cellars in Woodinville, Arizona Stronghold in Arizona and Walter Dacon Wines in Shelton. I’ve helped coordinate Film Festivals including Sundance, Seattle, Sedona, and when I attended The Evergreen State College, I directed the Olympia Film Festival. I’ve even worked in the coffee industry, including a stint at Batdorf & Bronson, based in Olympia. The common thread is all of my work experience included some component of event planning.

Thurston EDC: Where did you live before Olympia?
Holly: I grew up in Idaho and Colorado

Thurston EDC: What do you enjoy doing in your free time?
Holly: I’m lucky enough to live on the Puget Sound, and I love kayaking and have recently started paddleboarding.