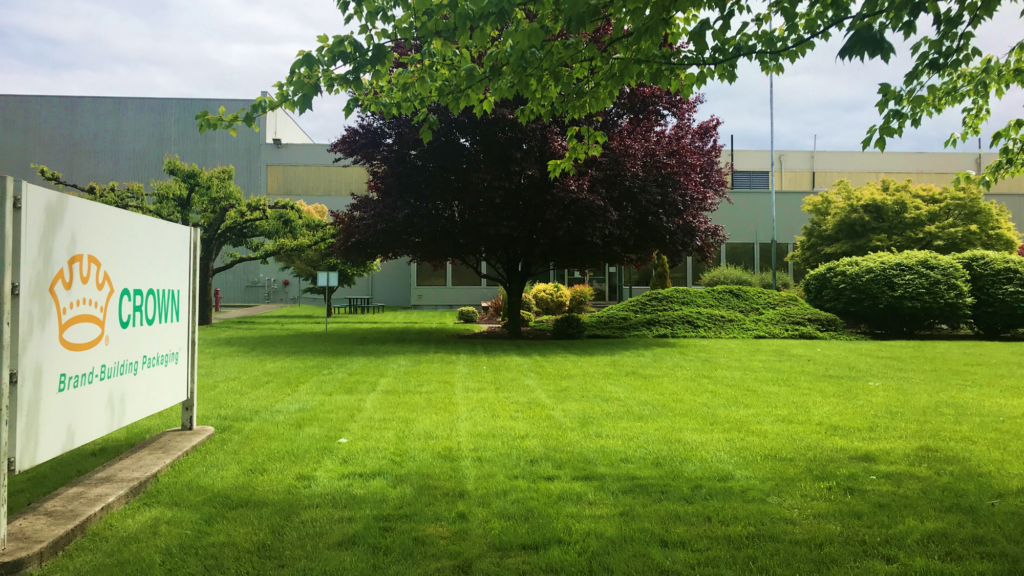 “WEDA’s Economic Development Awards celebrate outstanding achievement in economic development at the highest level,” said WEDA Board Chair Mike Bomar. “There are leaders across our entire state working tirelessly to recover jobs and rebuild their communities. These awards honor leaders and projects that are excelling in this important work.”

The Economic Development Project of the Year award celebrates the successful creation or completion of a creative, economically significant, and/or model project in a community or region. The project could be one that has retained jobs, was particularly difficult to achieve, was extraordinarily competitive, had multiple partners or contributed to community well-being.

Crown currently has 14 beverage can plants in North America that serve their existing customer base, all of which continue to grow based on changes in market conditions. The Olympia facility has been in operation since 1959. In March of 2020 Crown approached the City of Olympia with the interest of expanding their manufacturing facility.  The project includes adding an additional high-speed 2,800 can-per-minute manufacturing line to better serve both existing and new customers. The current capacity is 1.7 billion cans per year and the new line will increase the capacity an extra 1.2 billion per year totaling 2.9 billion cans per year.

To accommodate the new line, the project required a 15,000 square foot expansion of the facility and upgrades to utilities.

Crown Beverage Packaging and the City of Olympia were recognized for this effort due not only to the significance of the project but the timeline associated with the project. Crown had set a target date of Summer 2021 to have the expansion completed and operational.

“We’re incredibly lucky to have an employer like Crown Beverage Packaging in our community,” said Olympia City Manager Jay Burney. “I know that generations of families in Olympia have worked at the facility and to have Crown decide to re-invest and commit to being a part of Olympia’s future is truly an honor.”

“I’m very proud of the City staff and Crown representatives for pulling together at such a difficult time during 2020 to advance such an important project. Retaining and growing great jobs in manufacturing helps keep our economy strong,” said Mike Reid, City of Olympia Economic Development Director.

In addition to the expansion, numerous environmental advancements were made to the facility including the installation of a Regenerative Thermal Oxidizer (RTO) system. The RTO destroys hazardous air pollutants, volatile organic compounds, and odorous emissions that are often discharged from industrial or manufacturing processes, and will eliminate much of the emissions from the current facility. The estimated cost for the expansion and new manufacturing equipment is $70,000,000. The project also includes the creation of 40 net new, well-paid positions including Mechanics, Palletizer Operators and Forklift Drivers. The anticipated wage of these positions is over $33 per hour with a benefits package of approximately 72% of wages. This project will retain the existing 118 Full-Time Equivalent jobs currently located at the plant.

“The investment that the company has made in the Olympia plant represents the faith and dedication Crown has in its employees. This project provides the opportunity for the oldest and most efficient facility in the North American Beverage division to stay relevant and maintain operations for many years to come,” said Tony Ellison, Plant Superintendent, Olympia / CROWN Beverage Packaging North America.

The project is on target to be fully operational by August 2021. The Thurston Economic Development Council (EDC) and the Thurston County Chamber of Commerce have both been active in helping Crown expand its workforce.