The Economic Impact of The Evergreen State College

In September 2018, the Thurston Economic Development Council released a comprehensive economic impact report detailing the economic contribution of The Evergreen State College (“Evergreen”) to Thurston County and Washington State. This report was done using the IMPLAN I/O and assesses the impacts of The Evergreen State College’s 2016-2017 academic year. 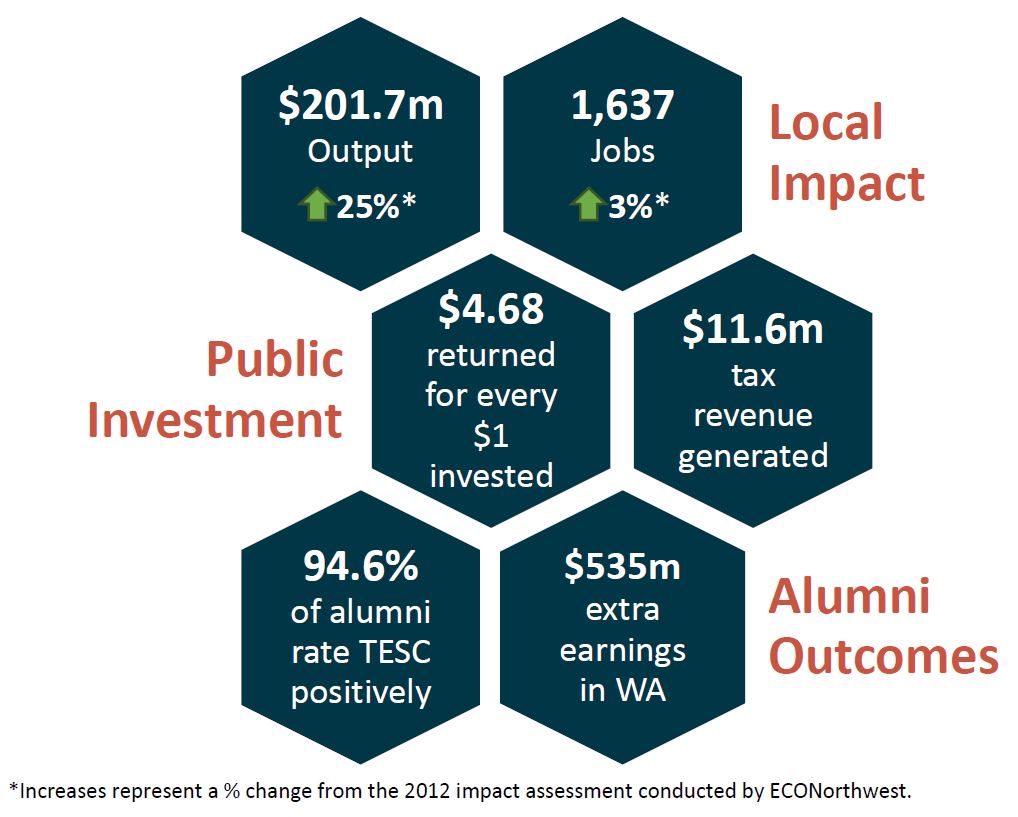 For every $1 the state invests in Evergreen, approximately $4.68 is generated in new economic activity within Thurston County. Public investment in Evergreen generates value in the local economic with each job created costing the state only $26,357.73. For every $3.69 spent by the state to fund Evergreen, $1 is returned to the public in state and local taxes.

As part of this report, the Thurston Economic Development Council conducted an electronic survey of Evergreen alumni to measure student outcomes. A total of 2,006 total responses were collected. According to alumni, 96.49% of alumni had a positive or very positive experience while attending Evergreen. The average reported salary for alumni one year after graduation was $39,057.97 and $60,755.67 for all alumni. 83% of all alumni were currently employed and 62.26% felt their daily work was “very creative”.